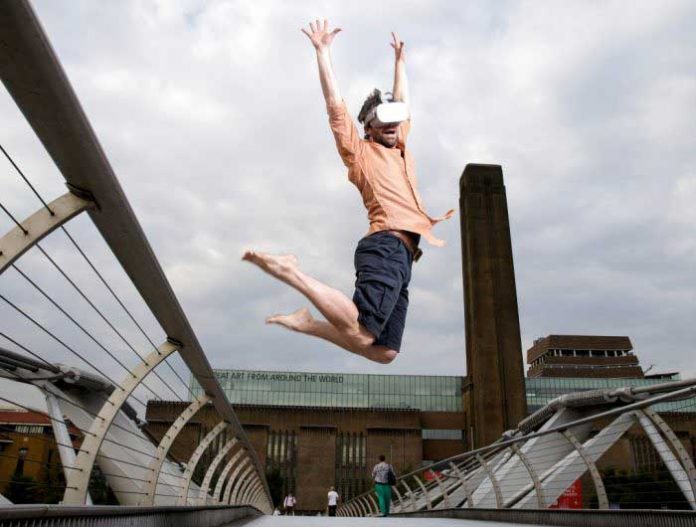 CreativeXR is a unique partnership between Digital Catapult and Arts Council England, with support and advice from major tech, media and cultural organisations, including the BBC, Sky, Google and the Royal Shakespeare Company.

The awards enable creators to explore ideas and develop new forms of immersive storytelling (in VR, AR and mixed reality) without worrying about funding.

The UK’s VR sector is already thriving. Consultancy giant PwC forecasts the sector will have a CAGR of 76% to a value of £801m in 2021 making it the fastest growing and largest VR industry in EMEA.

The funded projects include two dramas and three factual productions:

Fatherland by Limbik: An interactive theatre experience, using real-time motion capture and VR technology, of son and father coming to terms with dementia.

When Something Happens by Boom Clap Play: An epic journey through the history of the cosmos – from the big bang to modern life.

Immersive Histories by All Seeing Eye: An immersive VR experience allowing an audience to physically step into history and experience the famous ‘Dambusters’ mission from on board Guy Gibson’s Lancaster.

Municipal Dreams by VR CITY: An immersive journey into the complicated history of the notorious Aylesbury Estate in London, using stereoscopic 360 video, photogrammetry and 3D modelling.